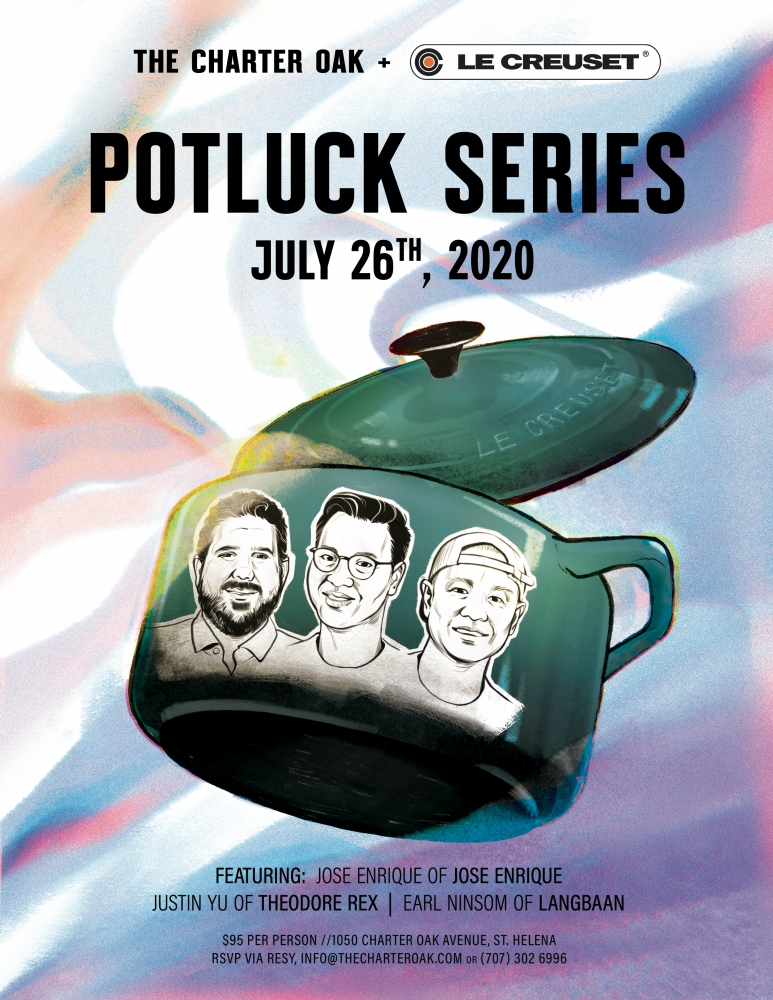 Thank you for joining us on Sunday, July 26th for a special menu highlighting dishes from Chef Jose Enrique of Jose Enrique, Justin Yu of Theodore Rex, and Earl Ninsom of LangBaan. We are grateful for our continued partnership with Le Creuset and our participating Chefs for sharing their recipes during this time.

Jose Enrique is the Chef/Owner of Jose Enrique was born and raised in Santurce, Puerto Rico. His passion for cooking and hospitality led him to study and graduate from the Culinary Institute of America in Hyde Park, before returning to his homeland and opening his first restaurant in 2007. Jose has been named a finalist for "Best Chef South" by the James Beard Foundation, as well as one of the ten "Best New Chefs" by Food & Wine Magazine.

Earl Ninsom is the Chef/Owner of LangBaan, Hat Yai, and Paadee in Portland, Oregon. Born and raised in Bangkok, Earl learned to cook during his time spent visiting his grandmother in southern Thailand. In 2009, he and his family moved to Portland to open Paadee, the restaurant that was converted to include the intimate tasting menu restaurant, LangBaan. Earl has been included as a semifinalist for both "Best New Restaurant" and "Outstanding Restaurateur" by the James Beard Foundation.