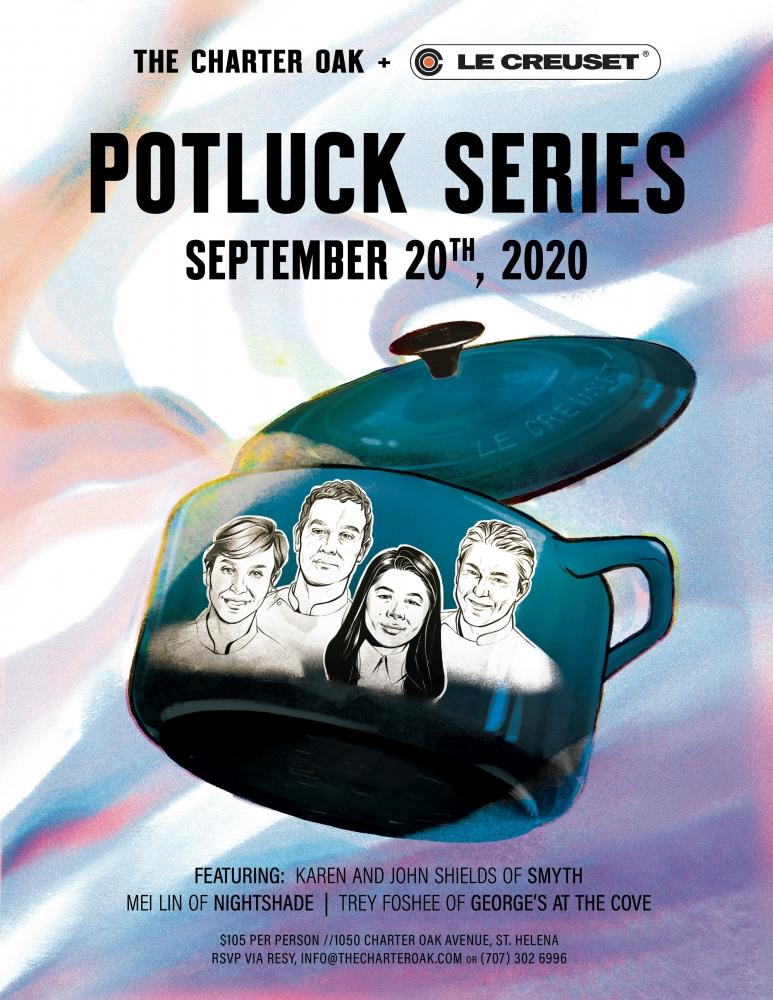 Thank you for joining us on Sunday, September 20th for our third Guest Chef Potluck Dinner of 2020 featuring dishes from Chefs John and Karen Shields of Smyth, Mei Lin on Nightshade, and Trey Foshee of George's at the Cove. We are grateful for our continued partnership with Le Creuset and our participating Chefs for sharing their recipes during this time.

John Shields began his culinary training near St. Louis, followed by a move to Chicago where he served as sous chef at world-renowned Charlie Trotter's. In 2005, he left Trotter's to help open Alinea under the direction of Grant Achatz. Shields and his wife Karen Urie opened Town House in 2008, a restaurant in Virginia where The New York Times published a glowing article. In 2010, Shields was named "Best New Chef" by Food & Wine Magazine. After four successful years at Town House, they both returned to Chicago to open Smyth and The Loyalist. After only opening for a few months, Smyth received its first Michelin star, and in 2017, Smyth was elevated to two Michelin stars.
Mei Lin, Chef and Owner of Nightshade in Los Angeles, immigrated to the United States with her family from China when she was three months old. She grew up working alongside her father at their family-owned and operated restaurant, where she learned the fundamentals of being a well-rounded cook and how to run a restaurant. She cut her teeth at many revered restaurants, but credits most of her formal training and refinement of skills to her time at Wolfgang Puck's Spago Vegas and Michael Voltaggio's ink. in Los Angeles. She most recently earned the title of Top Chef on Bravo TV and was previously named one of Eater's "Young Guns" in 2014 and Zagat's "30 Under 30" in 2015.

Executive Chef and Partner at George's at the Cove in San Deigo, Trey Foshee was born in Hawaii and raised in Ojai, California. Following his studies at the Culinary Institute of America in Hyde Park, Foshee worked at L'Orangerie in Los Angeles and La Folie in San Francisco before becoming the Executive Chef of The Tree Room at Robert Redford's Sundance Resort. He has garnering accolades including Food and Wine Magazine's "Best New Chef," and has been featured in publications including Bon Appetit, Travel and Leisure, Ski, and Gourmet.